How to Use Instagram’s New Collaboration Features

Instagram has introduced a new feature called “Collabs”, this feature is here to make users collaborate on reels and feed content with other users.

With the collabs feature, data from the number of likes to comments from the post will be shared between the two accounts that collaborate. However, users can’t arbitrarily choose an account to collaborate with. It is known that users who will be invited for collaboration will receive notifications of invitations that can be accepted or rejected.

Before using this feature, make sure you have updated to the latest Instagram version. Then how to take advantage of this feature?, the mobile team will share how to use one of the latest features of Instagram. 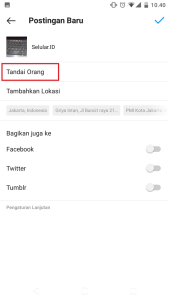 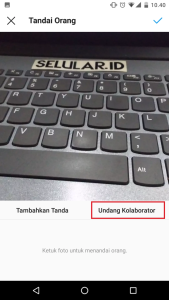 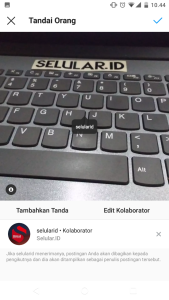 In addition to the Collabs feature, Instagram will begin testing a new way to create fundraisers on its platform, which can be accessed after tapping the “+” button in the top right. The social media platform has been supporting fundraising for some time, even adding support for nonprofit fundraising during last year’s livestream. But this feature cannot be used for personal accounts to create fundraisers.

#Instagram is working on adding the “Fundraiser” option to the Create menu 👀 pic.twitter.com/Od4dcdkHaO

Samsung has released the Expert RAW app. It is intended for creating manually adjusted photographs and requires certain…
Read More

Huawei unveils EMUI 12. Better than iOS, MIUI and One UI?

Huawei has announced a major update to its proprietary EMUI Android shell for smartphones and tablets. This came…
Read More

How to Extend iPhone Battery Life

The concept of a stressful situation is not the prerogative of sensitive living beings, to one degree or…
Read More