Users of the popular LastPass password manager are complaining online that they receive hacking notifications – the company has already commented on the situation.

According to the source, the network is increasing the number of complaints about security notifications from LastPass. Users talk about it wherever possible: in their personal Twitter accounts and under other people’s posts, on the Reddit forum, etc. LastPass users massively receive emails from the password manager with the following content:

“Someone just used your master password to try to log into your account from a device or location we didn’t recognize. LastPass blocked this attempt, but you should take a closer look. Was that you? “

It is noted that these are not fake emails – notifications about cracking the master password (which protects all other user passwords) do come from LastPass. 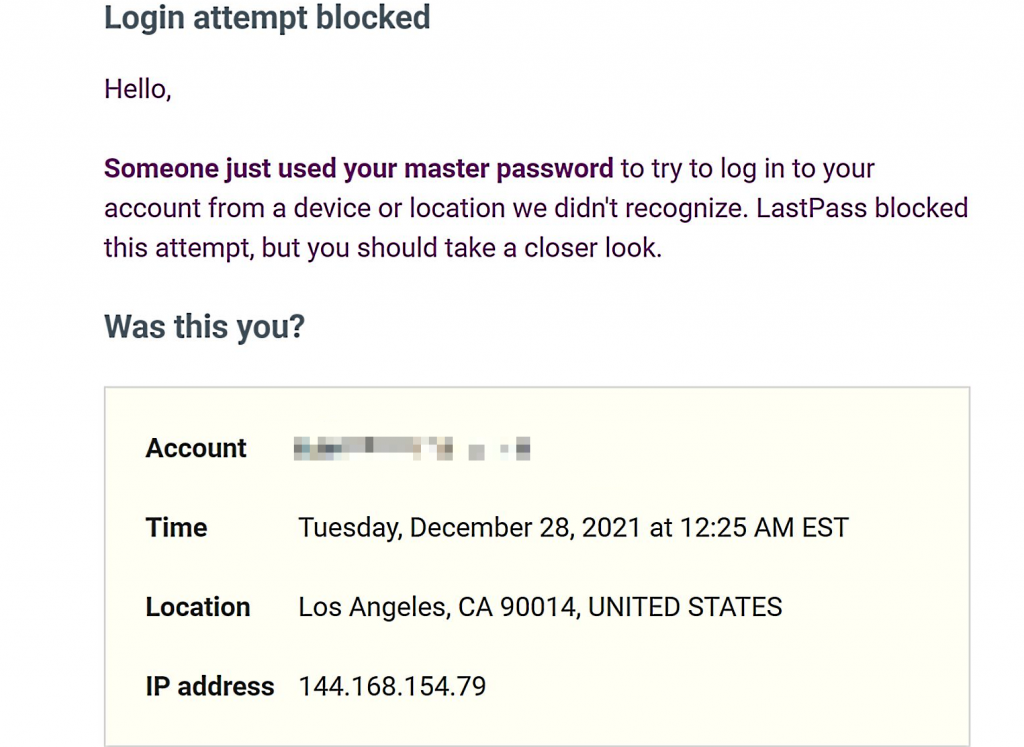 The password manager developers investigated a variety of customer complaints and was quick to calm them down. According to LastPass, the notifications come from bots – these automated systems are trying to guess the password of users of various services, and now they seem to be targeting the password manager clients.

LastPass assures that at the moment no account has fallen into the hands of attackers – at least, the developers of such cases are not known. The company is excellent at “repelling” bot attacks, so users can be calm. However, LastPass recommends changing the master password and making it more difficult, because the very fact of a hack alert means that the bot was still able to guess the password.

By the way, some users have already replied to this message – according to them, the master password that they came up with is unique and is not used anywhere else. At the same time, security researcher Bob Dyachenko recently discovered archives of LastPass user credentials on the network – they were in the activity logs of the Redline Stealer malware. The company has yet to comment on all of this.

Researchers found an easy way to extend battery life by 30%

Scientists at Stanford University and the Department of Energy’s SLAC National Accelerator Laboratory found out, due to which…
Read More

Be alert, QR codes are vulnerable to cyber attacks

In this modern era, using QR codes has become a common practice, which is often used to open…
Read More

This is Police 2 Game Review for iPhone and iPad

The first part of the game This is Police turned out to be pretty self-sufficient. Lack of development…
Read More