ROG Phone 3 vs Legion Phone Duel : Which Phone Is Best For Gamers?

ROG Phone 3 and Legion Phone Duel are the most advanced gamer phones that you can officially buy right now.

But if we put the two side by side, which one takes the crown of best smartphone for games in the national market? Stay tuned, you will know the answer throughout this Comparison.

ASUS decided not to modify the ROG 3 much compared to its predecessor, while maintaining the same size and weight. This means that you will not find any major design innovations here. It follows with edges of the same size at each end and metal body, with glass finish. This last part is no different in the rival, but Lenovo decided to be bold and created a look suitable for use in landscape, that is, with the device always horizontally.

This proposal caused several changes to be made to facilitate horizontal use. Among them are the rear cameras in the middle of the phone and the retractable front on the side. This makes it easier for you to hold your phone with both hands, without having to worry about whether you are covering the camera or not. Oh, and the edges here are also thinner than the ASUS rival.

The two are still similar in the presence of biometrics under the screen and in the LED lights, which cannot be missing in a smartphone for games. On both sides, you can also find push buttons to perform the function of traditional triggers.

The look of Lenovo innovates more than the rival, so stay with our first point of the Comparative .

The screen is usually one of the main concerns of the gamer audience. And at this point, the two models manage to attract the consumer very well. Each delivers a Super AMOLED display, with almost the same size and 144 Hz refresh rate. Basically, you will have fluid and fast images regardless of the device chosen. But the touch sensor on the ROG panel still has a higher speed than that found on the Legion.

One feature that may be an issue with Lenovo is the position of the biometric reader. It is closer to the bottom edge and often does not deliver the accuracy that the user needs. As much as the contrast is satisfactory and the frontal utilization is better in the Legion Phone Duel, the stronger brightness of ASUS shows a greater concern of the Taiwanese in this characteristic.

ROG 3 leaves everything tied with its first point .

When we arrive in sound, the scenario seen on screen repeats itself. Lenovo has deployed high-level speakers, with sonic power that surpasses rivals in the more conventional market. The midfielders here are well defined and accompanied by a full-bodied bass.

But the ROG Phone 3 remains unbeatable in our tests so far. It was the model that recorded the best sound quality we’ve ever seen on a cell phone. The sound is balanced with very strong bass, in addition to having an external mode to boost the volume if you are in a noisy place.

If you consider the phones focused on games in general, the Legion will certainly not disappoint you in audio, but it does not get to beat the ASUS competitor. The two still do not deliver a physical connector to connect headphones, which forces you to buy a wireless accessory if you want to hear your game without anyone around you listening.

The sound quality ends up giving a new victory to the ROG, which turns the game for the time being .

Unlike what we find in many common cellular interfaces, the systems present in ROG 3 and Legion Phone Duel already have several modifications, to house resources focused on the gamer audience and allow better fluidity. The ROG UI has extras like Game Genie, to control gambling, or even Armory Crate, where the gamer experience is with the controls for the use of the components and the temperature.

On the other hand, Legion OS stands out for Lenovo Lab, a tool that even allows you to activate support for peripherals, such as keyboard and mouse, directly from your phone. The company’s software customization also allows the user to choose a cleaner version when turning on the smartphone for the first time.

A negative point that counts for both is leaving Android 10 out of the box. As the tests proceed, it is likely that the ASUS device will receive Android 11 before its rival, but the future is still uncertain on both sides.

Each system delivers its different customization and does not lack fluidity, so we have a draw.

As they are devices aimed at a more demanding type of user, it is normal for you to expect above-average performance in both cases. And you are not mistaken. The Snapdragon 865 Plus is the platform that comes equipped in the pair of cell phones and did well in our speed tests.

But the highlight was the Legion Phone Duel, which became the fastest Android smartphone we’ve ever experienced and took about nine seconds less to complete the process.

In benchmarks, despite having the same chipset, the Lenovo model showed again what it came for and managed to close with much better results in AnTuTu and slightly higher in Geekbench. In games, as expected, they all ran with great fluidity on both devices, with quality always at the maximum, such as PUBG Mobile and Mortal Kombat.

Because it has become the fastest Android phone that has ever passed through here, the point in performance goes to the Legion Phone Duel.

Is the performance of such powerful cell phones low on battery? Look, if it depends on the tests we perform, you will have long hours to play at will. The ROG 3 knew how to exploit the 6,000 mAh well and recorded more than 25 hours of use time, just over six hours higher than the competitor.

When recharging, the Taiwanese model takes almost two hours to complete the process, while the Legion is faster when filling up to 100% in less than an hour and a half. Even so, for what it delivers, it is not disappointing the most awaited time by the ROG in the making.

The ASUS gamer phone takes the dot on battery.

As you would expect from smartphones for games, the strong point is not the set of cameras. The one from Lenovo has a main sensor and an ultrawide on its rear module, while the one from ASUS still comes with a third macro lens.

Regarding the photos on the primary camera, the quality is more basic for both sides, with good images during the day and failures as the ambient conditions become more difficult. The portrait mode was still a better point for the ROG than the Legion

The ultrawide on both sides helps to increase the amount of information captured, but we have the quality drops already expected in darker places, in addition to the softened tone in the case of the ROG Phone 3 lens. Finally, there is the macro inserted by ASUS. It has a fixed focus, which prevents it from getting too close, but it is still an option that is not present in the competitor.

ROG 3 wins here for having a more varied set.

In video recording, the advantage of the ROG Phone 3 is much wider than its opponent. ASUS maintained the chip’s ability to allow 8K footage at 30 fps, in addition to delivering four microphones to capture a cleaner sound.

This no longer happens with the Legion, which is limited to 4K at 30 fps, with a significant drop during the night and below average audio capture. The ROG still has a more agile focus and suffers less from shaking.

This is a comfortable spot for ROG 3.

The result of the pair’s selfies is satisfactory for both sides, but they sin in the same situations. The front photos of the two are lacking details, in addition to needing a light source so that the photos do not get an even worse quality. In videos with the front camera, both are restricted to Full HD resolution at 30 fps.

Without highlighting anywhere, we give a tie in selfies.

We arrived at the key point of the Comparative, which is the price. The Legion Phone Duel arrived in the country four months apart from the ROG Phone 3. Due to the economic situations that Brazil faces, the delay ended up meaning a more expensive launch value. While ASUS brought its gamer phone for R $ 6,500, Lenovo charged a cost of R $ 7,200 on its model.

At this time, ROG 3 can already be found in retailers for R $ 5,300, against something around R $ 6,000 from the rival. R $ 700 turns out to be an expressive difference in the consumer’s pocket and it is not worth spending more to buy the Legion, in case you need to choose between the two.

The ASUS device wins the last point of this duel.

Despite the victory of ROG 3 in our comparison, we have clear advantages for the Legion Phone Duel. They include the most striking and bold design, when betting on something aimed at horizontal use, and the performance that for the time being takes the crown among Android phones in our tests.

The ASUS gamer smartphone stands out for its superior screen, a battery that can yield more than a full day and the competitive price in the market, which makes a difference at the time of purchase.

For you, which is the best gamer phone? Do you have any recommendations from your experience? You can tell us in the comments below.

How to Delete Old Posts on Facebook in Bulk

How to delete old posts on FB (Facebook) ? It turns out that we can do it easily…
Read More

Hackers can delete any WhatsApp account. The messenger is not going to solve the problem. 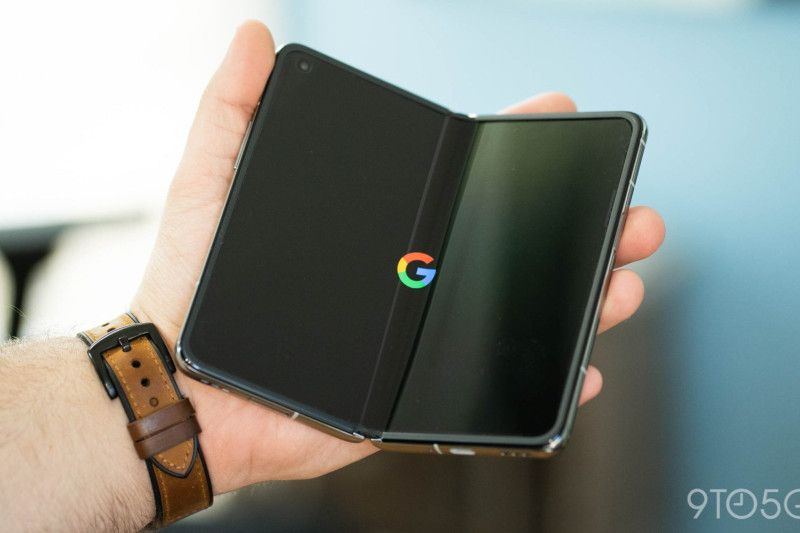