The latest generation of Samsung smartwatches will use solar power

Samsung is rumored to be introducing a solar-powered smartwatch in its next product. This technology can ensure the wearable device on the wrist will never run out of battery.

This technology is not entirely new. Watch manufacturers like Garmin and Casio have proven that using solar power is possible. However, if Samsung jumped on the bandwagon too, it could pave the way for more big brands to go with the flow and solve one of the biggest problems that smartwatch users often face, namely fast battery life.

The size of the watch is relatively small than a smartwatch, which means that most of the space inside is just for the battery. To that end, Samsung is exploring the possibility of placing a solar battery inside the band. Because, Samsung already filed a patent for “electronic devices consisting of solar power of various types” with the United States Patent and Trademark Office (USPTO) trademark patent company in July 2019. This provides additional documentation this year. 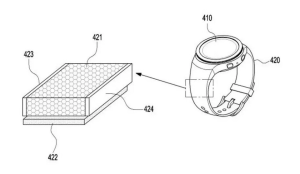 As per the documentation from the USPTO, Samsung wants to add two solar batteries in the band, one on either side of the watch body. It will use polymers with quantum dots to change the path of light, while various solar cells will perform the photoelectric conversion. This will allow the battery to collect sufficient solar energy regardless of how the device is worn. 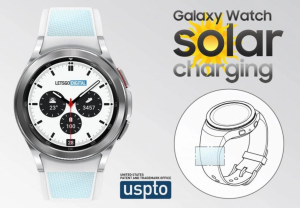 Samsung can also use different types of solar cells with different wavelength bands to achieve high efficiency. All of this will ensure that a few hours of low sun exposure can still charge the battery. Pleasant information for smartwatch users that there is no more worry with smartwatches that run out of battery easily.

The patent application is not an official confirmation the device is in the works. But the fact that the USPTO provided documentation about Samsung making solar patents earlier this year suggests a development process is underway.

Singing photo : how to make and what application you need on iPhone or Android

The word “deepfake” no longer surprises active Internet users. And what until recently seemed like a joke, today…
Read More

During the Google I / O developer conference which was held online Wednesday (19/05/21), many things were brought…
Read More